In August a Slovak millionaire woman killed four people in a road accident, and now a new case has provoked public outcry in Hungary.

On 11 October four Hummer SUV crossed the Hungarian – Romanian border. They belonged to an Austrian Hummer community having been organized on the internet and were on their way home. 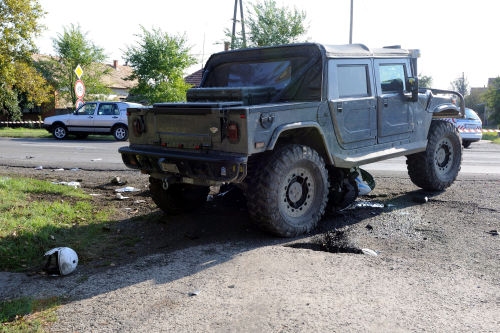 In Bács county, South Hungary, Hungarian police fined one of them for speeding, and later another member of the group tried to force a policeman on a motorbike off the rode when he was overtaking the SUV.

Then, at a road junction, another police officer blocked the road with his bike and made the Hummer stop.

The driver stopped for a while but a suddenly he started off again running over the police officer who died in hospital later. 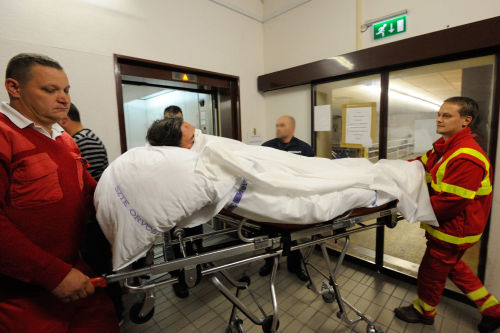 The 34-year old Austrian man who is charged with murder. He covered up his face with the bed sheet while taking to prison hospital.

The Hungarian police opened fire and hit the man hour times causing serious but not critical injuries. There was also some fight between the policemen and the criminal whose blood contained some traces of drugs.

The 34 year old Austrian man, who was taken to a Hungarian prison hospital, regained his consciousness but refused to make a confession, what is more, he make a complaint against the charges. 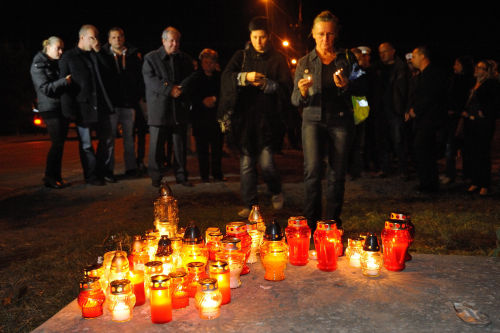 Commemorating the murdered policeman on the spot where the tragedy happened

Anyway, he is not unknown for the police, earlier he had had conflicted with the law 28 times including violence and armed robbery.

If he is find guilty of killing a policeman he may be sentenced for 10 or 20 years in prison, or even for his life time.

Giving evidence might be not so hard as one the members of the Hummer group recorded the action by his smart phone.