Be careful with Lake Hévíz

During the last four months two people died in it.

Lake Hévíz one of the most unique Hungarian attractions, which is popular with foreign visitors including a great number of Russian tourists.

The Lake is located in Zala county, the west of Hungary, and according to the official site it is the largest biologically active natural thermal lake in the world.

Because of the temperature of the water (ranging between 22 Celsius in winter and 38 in summer) you can bath in it all year long. 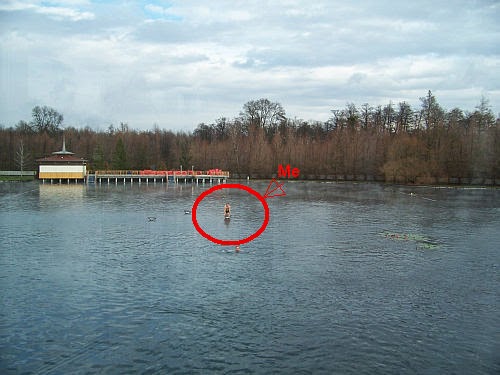 This photo was taken a couple of years ago at the lake in winter time. As far as I remember I was sitting on a buoy.

It looks really cool with water lilies and the like, but when you are there, bear in mind, this is a rather dangerous lake.

Hungarian news agency MTI has just given out a press release that says a dead body of a middle aged Hungarian man has been found in the lake today.

And the same happened around last Christmas.

Probably both men drowned in the water, which is surprisingly deep in certain places, especially near the 38 meter deep hot water fountain.

I will never forget my experience. I was a teenager and I visited a lake with my parents and my bother. Somewhere in the middle of the lake I wanted to test the depth of the water – and my skills. I swam deeper and deeper in the hope to be able to push myself back from the bottom. And, well, I did not find any bottom. I was scared to death and hardy managed to get back to the surface.

So be careful with Hévíz Lake.