It is 72 years since the soviet troops liberated the ghetto of Budapest where 70 thousand Jews were living in horrible conditions.

Many of them had died of starvation, freezing cold and illnesses, the dead were lying on the streets unburied. 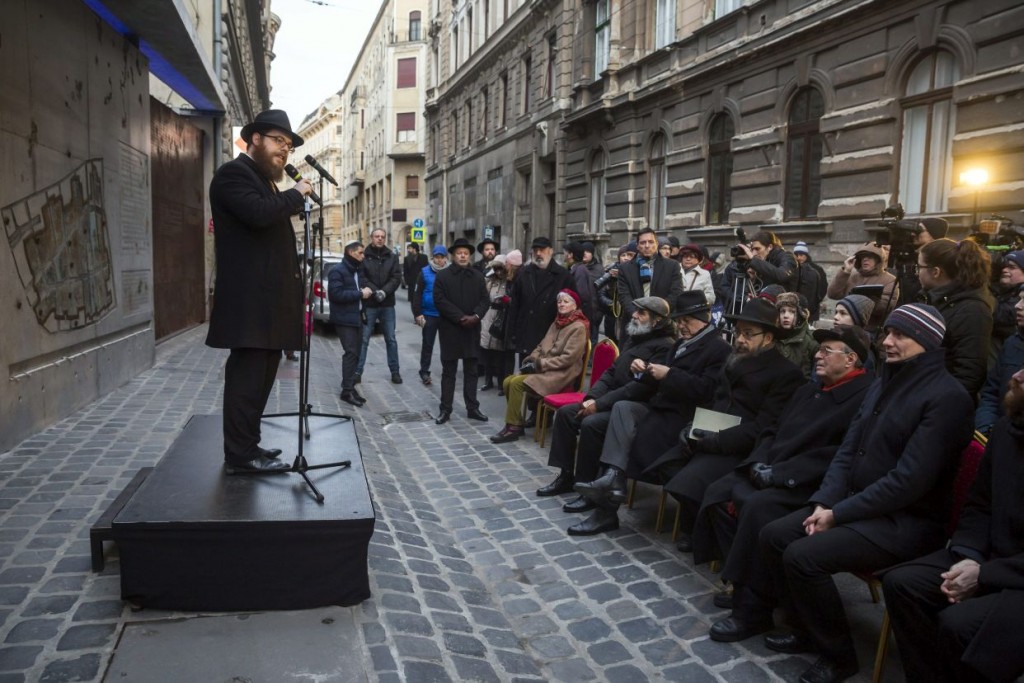 Slomo Köves is speaking in front of the memorial wall

The ghetto in the old Jewish quarter was established 29 November 1944 by the nazi Arrow Cross Party which had come to power a month ago.

However, the deportations of Hungarian Jews to ghettos and death camps started as early as the spring of 1944, after Germans invaded and occupied Hungary.

At the memorial wall

During the Holocaust about 600 thousand Hungarian Jews were perished, the Jewish population of Budapest dropped from 200 thousand to about 100 thousand.

At today’s commemoration Köves Slomó, the leading rabbi of Hungarian the Israelite church talked about the suffering of the people in the ghetto, and emphasized, the isolation was not only physical but spiritual as well.

Ambassador of Israel Ilan Mor and the Mayor of the 7th District Zsolt Vattamány also took part in the event.