Unfortunately we don’t know in details what happened in the Gellért Bath in Budapest in 2007.

Hungarian News Agency (MTI) reports that a Hamburg court has brought a charge of embezzlement and misappropriation against two German company managers.

The prosecution alleges that the insurance company Hamburg-Mannheimer International (HMI) organized a reward trip to Budapest for its best agents.

A part of the program was a visit to the famous Gellért Bath, where 20 prostitutes entertained the – at least 64 – employees.

On the top the that, all of these went as company expenses. 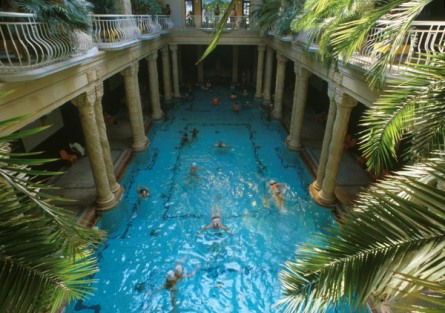 The Gellért Bath and Spa in Budapest

The story was revealed last year by Handelsblatt business paper, an, as a result of the scandal, the company was reorganized and even renamed.

But the core of the company policy has not changed too much.

According to the Handelsblatt later arcicles, in 2009, 2010 and 2011 the best agents could travel a Jamaican sex club, of course, at company expense.