The story that happened in Budapest on 12 September 2012 could have come from a Hollywood comedy, however, it is difficult to laugh at it.

On Wednesday, around midday, the news about a gunned student at Budapest University of Technology (BME) spread fast in the Hungarian media.

According to the first reports, a student wearing “bathrobe” had put a gun on his desk in a lecture hall of the Faculty of Chemical Technology.

His fellow students were scared to death, some of them left the lecture hall and informed the security staff immediately. 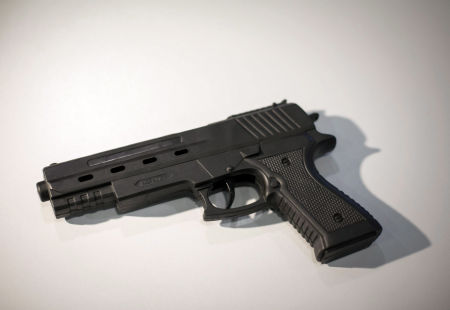 Some minutes later the Hungarian counter terrorist squad (TEK) arrived at the scene in great force, evacuated the buildings, closed the neighboring streets, “disarmed” and caught the young man during the lesson, witnessed by 130 students.

Later it turned out it was just a student joke.

The 22-year-old student and his friends were just shooting a Star Wars film for the ongoing students days, and he was dressed up as Luke Skywalker. That is why he had a Parabellum like gun and was wearing a white “bathrobe”.  Anyway, as the eyewitnesses say, he had a lightsaber as well. (The gun, of course, was not real either, it was just a kids’ toy.)

After the truth was revealed the police released the student and there won’t be any legal action against him not having happened any crime.

The story that started as a nightmare shortly became a source of a great deal of fun and a political debate.

>According to the opposition parties the head the TEK should resign for being unsuitable for his position, or even the entire counter terrorist center should be disbanded. 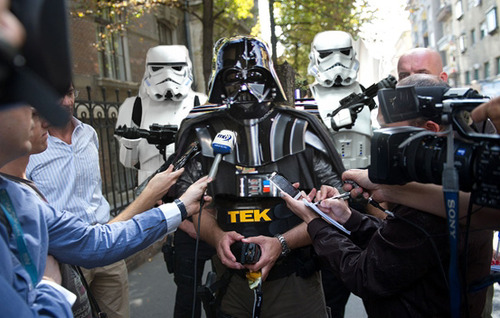 In a press release the TEK states they have to take every case seriously they don’t have time for consideration. And they do not think that this story is funny at all.

Ruling parties back the action of the counter terrorist center reminding the public of the school shooting of Pécs in 2008.

Then a student in the university building opened fire in the classroom, killed one and wounded three seriously.

In 2010 an other Hungarian student was arrested and charged of preparing to murder 22 people.

The story at University of Technology immediately became Internet meme