Yesterday the Hungarian News Agency (MTI) published two photos by Ferenc Kálmándy with the title of „Autumn in the Mecsek Mountains”. 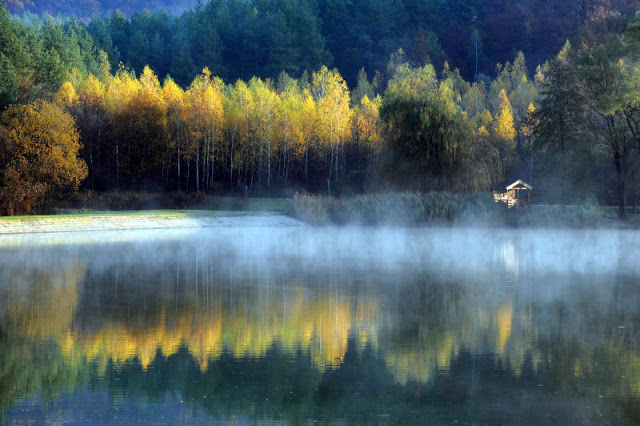 Well, they definitely brig back memories to me and not only because I used to live in the Mecsek, but I have also had a special relationship with Lake Orfű, which is actually in the photos. 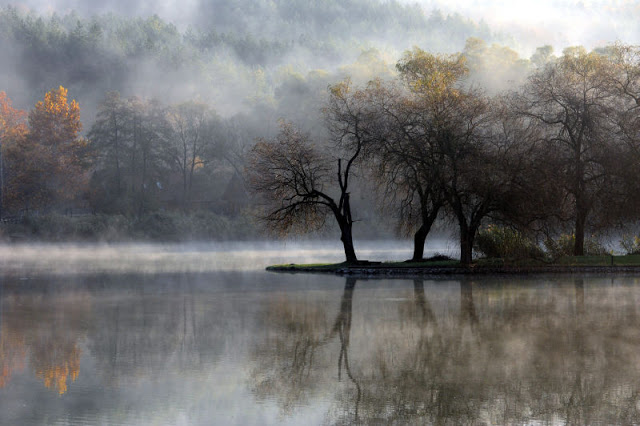 As a child I used to ride my bike to the lake, my father had fishermen friends, who had small holiday homes here. When I was a teenager I went to camp here with my friends. We rented boats, watched the girls and I remember how proud I was of 18-year-old me when I managed to swam across it. >And later, even after I  moved to the other part of the country somehow I visited this place regularly. It is still a place for me to walk along its shore, have family dinners at one  of the lakeside restaurants, moreover, a couple of years ago we were invited here as a quests of a wedding party.

I have to say I know Orfű Lake.

Not only geographically, but spiritually as well.

Orfű Lake, along with the Mecsek and the nearby town Pécs, doesn’t have dramatic beauty, this area doesn’t attract mass tourism but popular with people who are looking for a place of peace, where you can feel you are in harmony with the world.

At least, I feel that.