The author confesses that it is not so easy to define the adjective “smart”, but on the basis of IQ and accomplishment 10 people are listed at the website as “unworthy of being called some of the smartest people alive today”.

In „pole position” there is a well-known name, Stephen Hawking, the 70-year old science celebrities, who has received a great number of awards and published some best-selling books.

The only female in the list is the Hungarian Chess player Judit Polgár, 36, who beat Bobby Fisher when she was only 15. 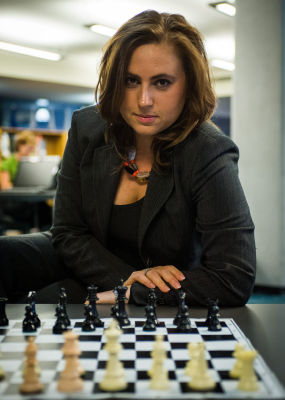 Judit Polgár, the smartest woman in the world

Judit Polgár and her sisters (Zsuzsanna and Zsófia) were educated by their father in a special way that proved to be highly successful.  Not only her, but her sisters also became first child prodigies, later successful adults.

Judit Polgár, who is the only woman among the World Chess Federation’s Top 100, is considered to be the best female chess player of all time.

She was born in Budapest and still lives here with his husband and her two children.

Recently she got a feature article at Cnn.com.