If you like Emir Kusturica’s films, you will enjoy this story.

A scandalous, unbelievable, hilarious report has been published by Hungarian news site Ripost.hu.

Ripost is semi serious, but quite creditable, which might be an important fact regarding the story that is really hard to believe.

So the report says that the big events started last Friday when security men and members of the Scientology Church  started to appear in Váci Road in Budapest, to prepare the grounds for the next day’s ceremony.

The residents had some minor rows with them but the problems escalated only on Saturday.

Around one thousand scientists gathered in the street blocking the everyday lives of the local people.

Some called the police but got the answer that it was a registered and legal “demonstration for the freedom of belief”.

It leaked that David Miscavige, the leader of Scientology was also there, all the way from the USA, to open the new Hungarian headquarters of the controversial church. 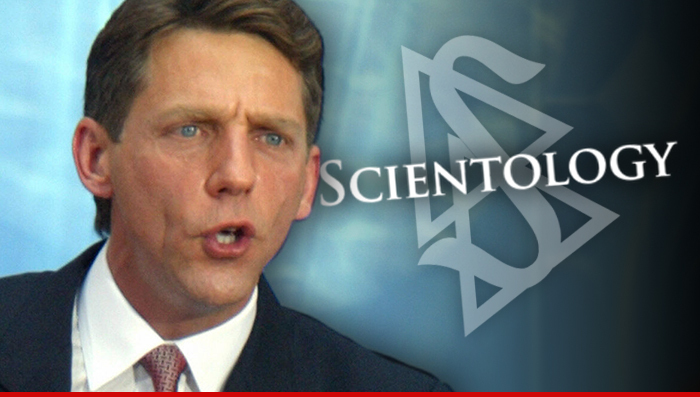 An angry resident wanted to enter the new center, saying he also wanted to celebrate the freedom of belief, but he was rejected by the security team.

But the main events were still come.

As a respect for their leader Hungarian Scientologists organized a reception in the nearby Park Inn Radisson at midday.

At the next table there were „a well known” roma family who started to show interest in the famous religious person.

After some coupe of the wine they asked David Miscavige “as a great magician” to bend spoons.

And, since he had contact with extraterrestrial creatures, asked him to make rain, and when it really started to rain there was a big clap and cheer.

The climax of the story came shortly.

On the way back to the headquarters somebody poured a bucket of human cram over the top leader of Scientist and his company.

There was terrible smell everywhere and the church members desperately tried to clean the bosses’ clothes – Ripost says.

No wander at all that today another news site 444.hu went to the spot and made an attempt to reveal the truth of the Ripost report.

A church representative denied the information saying there was really some crap as a form of demonstration but it did not fall on David Miscavige.

On the contrary the postman confirmed the original Ripost story, however he was not there only told by eyewitnesses.