The Italian actor was super popular in Hungary.

There were not too many “capitalist” films that were showed at Hungarian cinemas during communism.

But Bud Spencer films were here, and the Italian actor and former swimmer – with his partner Terence Hill – were incredibly popular. (As a teenager I watched all the Piedone films, my personal favorite was Flatfoot.)

Then the country, and the whole world, chanced a lot, but we still loved Bud Spencer, people were permanently interested in his films and life.

Over the last decades Bud Spencer appeared in Hungarian TV shows, regularly gave interviews to magazines, and when some days ago he passed away it was a headline in every online newspaper edging out the news of the Brexit referendum and the European Football Championship. 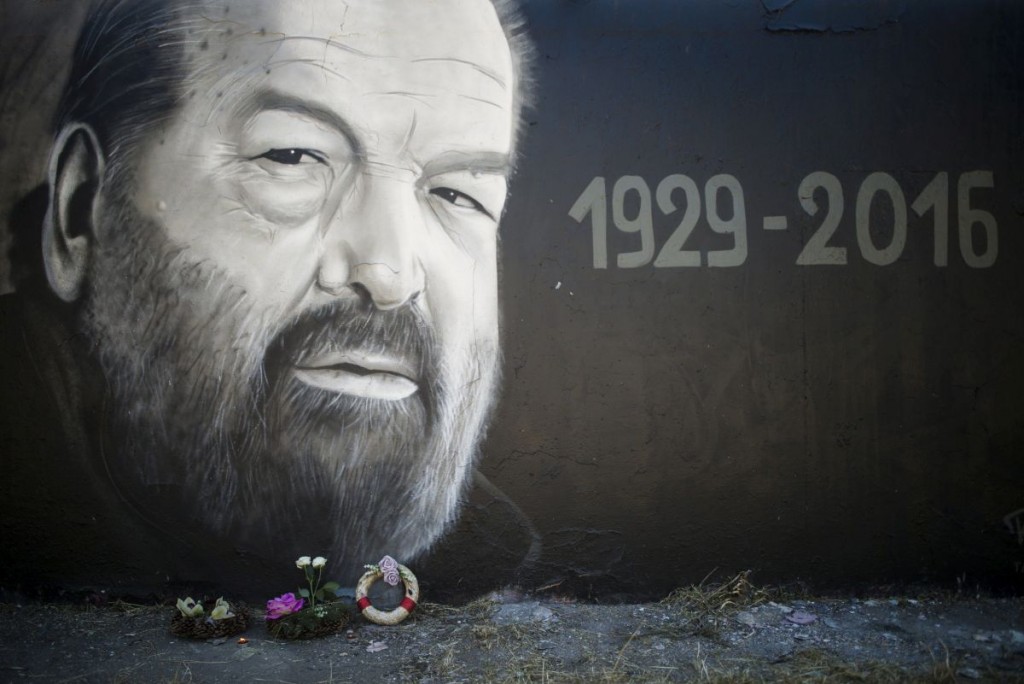 So it is not totally surprising but definitely notable that one day Bud Spencer’s death this graffiti was made in Budapest.

The talented artist is called “Taker”, who is respected for his hyperrealistic works.

The location is Filatorigát, North Budapest, a stop of the suburban train service. 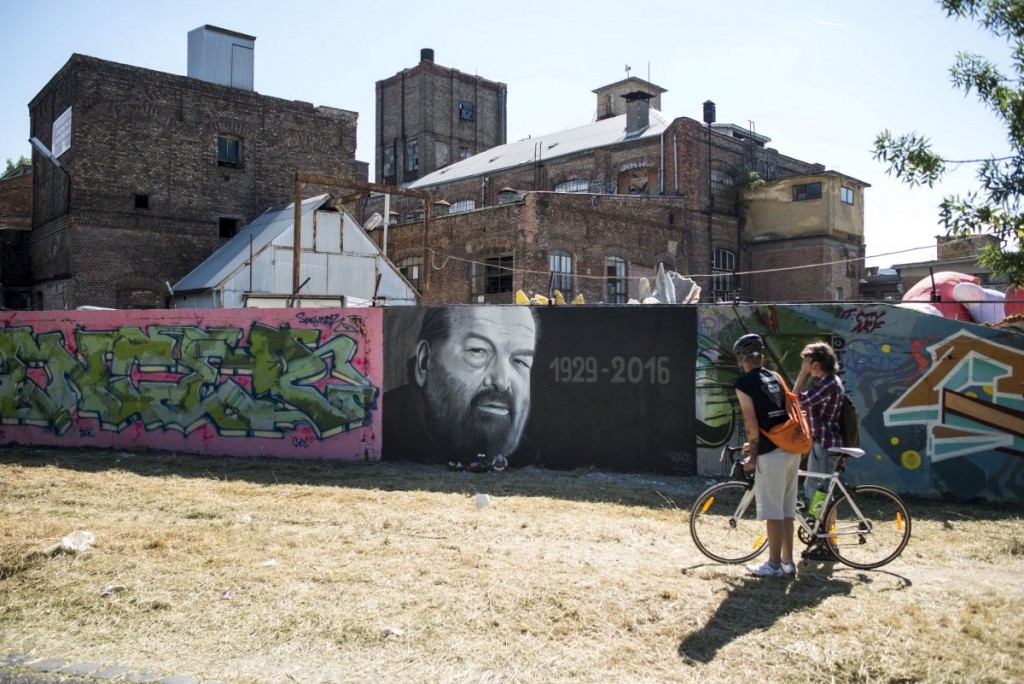 If you happen to come to Sziget Festival you will have a good chance to meet this graffti, because Filaorigát is the stop where you have to get off the train.