Bruce Willis is still in Budapest: How much is a helicopter to rent?

A month ago I wrote that Bruce Willis was Budapest shooting his new film called A Good Day to Die Hard.

Well, according to the news he has not finished the movie yet, he is still in Budapest.

In the photo, which was taken today, he is at Budapest Airport, and his trousers are being put right by a crew member. 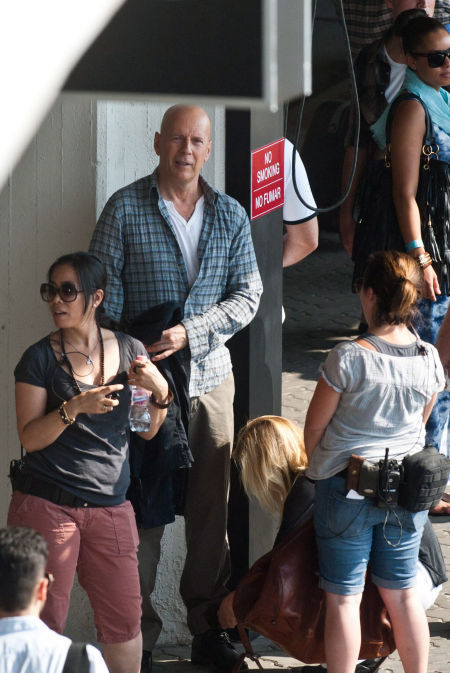 Bruce Willis, or more precisely, A Good Day to Die Hard has come up not only in the tabloids but in home politics as well.

An opposition MP, the socialist Juhász Ferenc asked Defence Minister Csaba Hende how much was the rent of the MI-24 battle helicopter that the American filmmakers paid to the ministry.