Hungary’s most beautiful girls in bikinis

Contestants of the Miss Hungary competition in the training camp after the official photography session. 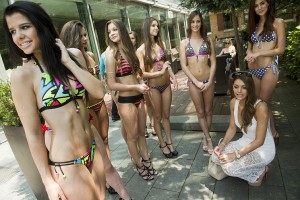 In the first picture, on the right side dressed in white, there is Edina Kulcsár who came second in the last year’s Miss World in London. 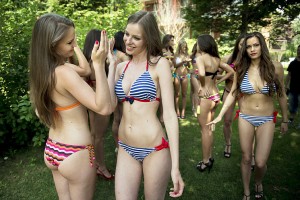 Miss Hungary 2015 will be elected 21 June, the event will be broadcast live on state television channel called Duna.

Before you ask: No, not all Hungarian girls are brunette. But most of them.