A massive group of 480 policemen, tax officers and other authorities cracked down on Ozora Festival in the Middle of Hungary.

As a result of the raid, dozens of people were arrested mainly for dealing and possessing of drugs.

The police seized a significant quantity of marihuana, mescalin, ecstasy and hashish.

At a press conference it was said that on the festival site there was a “drugstreet” where drugs were sold from caravans that had price lists on their sides. 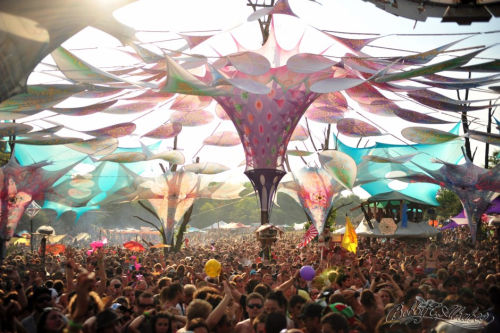 Anyway, the festival did not stop because of the incident, but the police chief of the area was fired immediately.

The first Ozora Festival was in 1999 and it has been held every year since 2005.

The event, which is extremely popular with foreign youths, concentrates mainly on goa music.